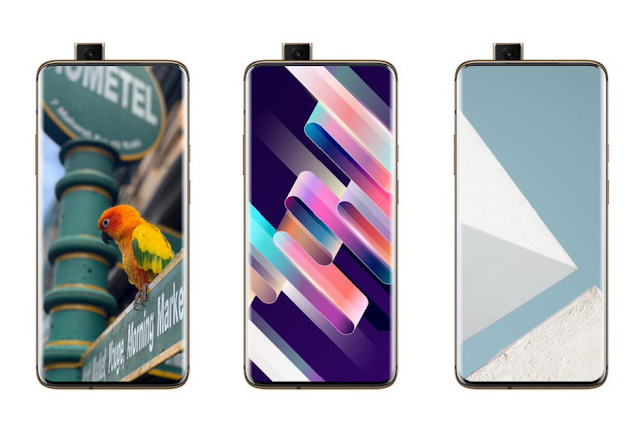 According to the Financial Times (via XDA), OnePlus CEO Pete Lau says that the company will produce a second 5G enabled model this year. And unlike its first 5G phone (the OnePlus 7 Pro 5G), which is available in select markets, the second OnePlus phone to support the next generation of wireless will be compatible with 5G networks around the world, including the U.S. This phone could be called the OnePlus 7T Pro.

Like the OnePlus 7 Pro, the new 5G model is expected to include a pop-up selfie camera that retracts automatically when the phone senses that it is falling. Using a pop-up technology to house the front-facing camera allows OnePlus to give the phone a high screen-to-body-ratio. In addition, the new model will most likely be powered by the Snapdragon 855+ Mobile Platform. This is an overclocked version of the Snapdragon 855 that can be found in the OnePlus 7 and OnePlus 7 Pro. The next-generation chip, the Snapdragon 865, most likely won’t be found inside a phone until early 2020.

5G delivers download speeds 10 times faster than 4G LTE and will allow users to download movies in seconds instead of minutes. It also will help in the creation of new businesses and industries and could support the launch of self-driving cars. In the U.S., T-Mobile is expected to launch the first nationwide 5G network next year. Countries that harnass the power of 5G will be able to lead the global economy.

OnePlus has come a long way since the OnePlus One

The OnePlus 7T Pro could be the 5G phone that OnePlus and Sprint announced earlier this month. Others believe that OnePlus will deliver to Sprint a U.S. version of the OnePlus 7 Pro 5G. While the name and specs of the 5G phone that OnePlus will deliver to Sprint were not released, this information is expected to be made public “soon.” Last February, when Lau said that the company’s first 5G phone would not be available in the U.S., the executive did say that it would bring 5G phones to the U.S. in the future. “The U.S. is our most important market, so a long term 5G focus is critically important,” the executive said.
OnePlus has traveled quite a distance since the company released the OnePlus One in 2014. Back in those days, buyers had to have an invitation to purchase one of the company’s phones; this was a clever way to match up supply with demand since the new company didn’t have the cash to produce phones on spec. Last year, the company signed its first agreement with a U.S. carrier, in this case, T-Mobile, for the OnePlus 6T. While other Chinese manufacturers like Huawei and ZTE are considered national security threats in the states and would not be able to sign an agreement to partner with a U.S. carrier, OnePlus is considered harmless. And the positive reception that the company has received in the U.S. has led its stablemate Oppo (both are owned by the same corporate parent) to announce that it too plans on invading America. Oppo, which is the second largest phone manufacturer in China after Huawei, says that it first needs to make sure that its European business is on solid ground.
During the fourth quarter of last year, which included the holiday shopping months of October through December, IDC said that the OnePlus 6T distinguished itself in the states as the fifth most popular handset in the premium segment ($500 and up) of the smartphone market. However, Counterpoint Research said that the phone’s sales during that quarter amounted to only 2.4% of T-Mobile’s phone sales in the period.
The OnePlus 7 Pro launched just three months ago, so it isn’t clear yet how well that phone is doing in the U.S.
(via)